Augustine Sorie-sengbe Marrah is a leading civil and commercial litigator, top constitutional expert, and democracy activist. He graduated top of the class from the Sierra Leone Law School in 2009 and has been in legal practice for over ten years. He spent his first seven years of practice in Sierra Leone’s leading law firm—Yada Williams and Associates. He has offered ranging legal and consultancy services to top corporate/commercial entities, national and international human rights and charitable institutions, and highly distinguished individuals. He has litigated a few international commercial arbitrations before the London Court of International Arbitration and the International Chamber of Commerce Arbitration Court. He is co-counsel in an action brought by the Association of Ebola survivors in Sierra Leone against the Republic of Sierra Leone at the ECOWAS Community Court of Justice.

He sits on the Pharmacy Board of Sierra Leone and was a member of the Board of directors of the Sierra Leone Cable Limited, the sole entity responsible for wholesale internet services in Sierra Leone. He was recently appointed, one of a seven-member team, to craft the national anti-corruption strategy for 2019-2023. 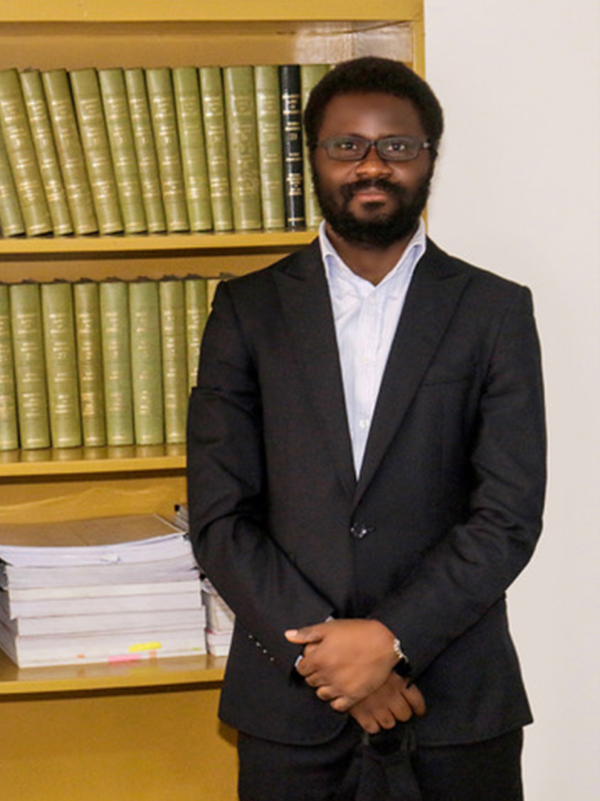